The Institute of Philosophy was created on March 19, 1931. It is one of the oldest scientific humanitarian institutions in the system of the National academy of sciences of Belarus. Among the most important directions of research, there are the following: the problems of modern theory of knowledge, logics, methodology of science and interdisciplinary research; philosophical problems of religious consciousness and interfaith relations; social-philosophical research, including current problems of human philosophy, social ecology, ethics and spirituality of modern society, postindustrial transformation and ideological architecture of social development; intellectual and spiritual history of Belarus; study of the ways for interstate and intercultural cooperation.

The Institute of Philosophy conducts an extensive scientific work on creation of the complex of theoretical-methodological foundations of sustainable innovative development of Belarus in social-cultural, tech-nical, spiritual spheres, and actively cooperates with the state authorities.

Every year the Institute creates 20-30 titles of scientific and educational literature. Among them four volumes of the «History of philosophical and social-political thought in Belarus», the monographs «Safety of Belarus in humanitarian sphere: social-cultural and spiritual problems» (Minsk, 2010), «Republic of Belarus – European Union: problems and prospects of partnership» (Minsk, 2013), «Belarus: cultural-civilizational choice» (Minsk, 2014), «Intellectual capital and potential of the Republic of Belarus» (Minsk, 2015), «Information society development: communication-epistemological and cultural-civilizational foundations» (Minsk, 2015) and other. Some books were published abroad. They are published in Belarusian, Russian, English, Polish, Slovak and other languages.
Every year the institute expand international scientific cooperation through joint research projects with scientific and educational institu-tions of Russia, Ukraine, Moldova, Kazakhstan, Lithuania, Latvia, Po-land, Bulgaria, Germany, Slovakia, China, Iran, India and other countries. Here operates one of the national contact points of the framework program of the European Union «Horizon 2020» on direction «Science with and for society» (SwafS).

Every year the Institute of Philosophy organizes international scientific conferences, actively promotes historical heritage of Belarusian intel-lectual and spiritual culture in the eyes of the world. Among such events in 2010-2015 there were: international scientific conferences «Spiritual and moral education on the base of domestic cultural-historical and religious traditions and values» (2010), «National philosophy in the context of modern global processes» (2010), «Philosophy in Belarus and prospects of the global intellectual culture» (2011), «Belarus and Russia in European context: the problems of state management of modernization process» (2011), «Imperatives of creativity and harmony in designing human-dimension systems» (2012), «Intellectual capital of Eurasian Union: problems of effective management and use in the knowledge-based society» (2013), «Religion and education in secular societies: experience, problems, prospects» (2014), «Vladimir the Great and Christianization of Kievan Rus: civilizational choice of the East Slavic world» (2015). In 2014 the Institute of philosophy launched a new series of events named «Intellectual culture of Belarus». There were held international scientific conferences «Intellectual culture of Belarus: background, traditions, methodology of research» (2014), «Intellectual culture of Belarus: knowledge management in the context of the processes of social-economic modernization» (2015).

The Institute of Philosophy organized work of regular theoretical and methodological seminars: «Philosophical problems of modern natural sciences and technology», «Human and society in the 21st century», «The history of ideas», debating club «Philosophical and political-legal thought of global civilizations».

For many years the Institute coordinates research in the sphere of phi-losophy and related disciplines. Its key role in the organization of scientific process let to organize philosophical cluster for the first time in the history of Belarusian science – the Republican Center of fundamental and practical philosophy, which opened in the autumn of 2015. Cluster principle is used in the activity of joint units with the universities of the Republic: these are branches of the departments of philosophy and methodology of science, political science of the Belarusian State University, the department-laboratory of social-humanitarian expertise in the area of science and education created together with the Institute of social-humanitarian education of the Belarusian State Economic University.

Activity of the Institute and creative contribution of its scientists in the social-humanitarian knowledge were many times awarded with honorable prizes and awards. Among them the state awards of the USSR and BSSR (Order of Lenin to I. M. Iliushin, I. N. Luschitsky; Order of the Badge of Honor to I. M. Iliushin, I. N. Luschitsky, D. I. Shirokanov, E. M. Babosov, V. I. Semenkov, A. I. Savastyuk; Order of the Red Banner of Labour to S. Ya. Volfson, I. M. Iliushin, V. I. Semenkov; Medal for Valiant Labour to D. I. Shirokanov); the state awards of the Republic of Belarus (Order of Francysk Skaryna to D. I. Shirokanov, Medal of Francysk Skaryna to A. A. Lazarevich); awards for scientific publications (the State award of the BSSR for cycle of collective works on the histo-ry of philosophy of public thought in Belarus of pre-October period (1984); Diploma of the 3rd degree and bronze medal of VDNKh of the USSR for collective monograph «Humanization of social relations and increase of working people activity» (1977); Diploma of the 1st degree and gold medal of VDNKh of the USSR for collective monograph «Determinism: systems and development» (1986); Award of the NAS of Belarus to A. S. Maikhrovich for the monograph «The search of true being and a human. The history of philosophy and culture of Belarus» (1993); Award of the Academies of sciences of Ukraine, Belarus and Moldova for collective monograph «High technology in the structure of sustainable development: the problem of accordance with noospheric values» (2010); Award of the NAS of Belarus named after academician V. F. Kuprevich for a cycle of works to N. A. Nikonovich (2011). 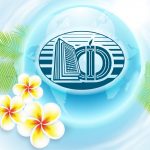 On March 19, 2016 the Institute of Philosophy of the National Academy of Sciences of Belarus celebrates its 85th anniversary....

Congratulations to all the scientists on UNESCO’s World Philosophy Day 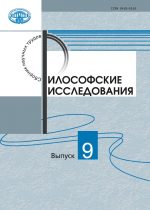 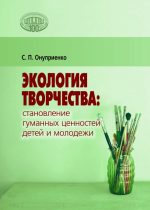 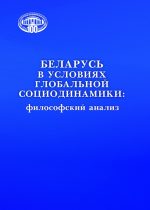