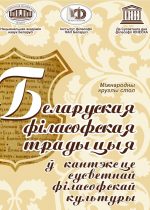 Discussions like this are aimed at improving the mechanisms for promotion of philosophical knowledge, increasing its participation in the regulation of social and cultural processes. They help not only to consolidate the humanitarian and philosophical community of the country, but also to strengthen the foundations of intercultural dialogue. Thus, the Institute of Philosophy demonstrates the close involvement in the execution of the mission assigned by UNESCO to philosophical movement and those addressed by the World Philosophy Day – help to strengthen civil dialogue, tolerance and progress of human knowledge as a response to the challenges. 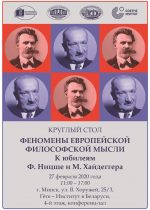 Institute of philosophy of the National Academy of Sciences of Belarus, Institute of Applied Mathematics named after M.V. Keldysh, Institute... 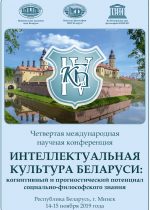 Institute of philosophy of the NAS of Belarus invites you to take part in the IV International scientific conference "Intellectual... 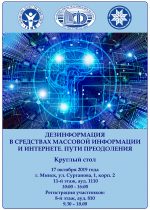